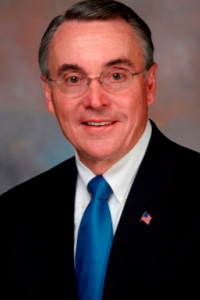 Mr. Snyder retired in 2005 from his “day job” at Boyd Gaming Corporation. He first joined the Company as a member of the Board of Directors in April 1996. He was later named President of the Company on January 1, 1997, a post he held until his retirement.

He was previously the President and Chief Executive Officer of the Fremont Street Experience, where he held the Chairman’s post on its governing board until August 2006. This company is an entity that he formed for eight owners of major hotel and casinos in Las Vegas to develop and operate a major redevelopment project in downtown Las Vegas.

Mr. Snyder has been actively involved in numerous business, charitable and civic activities in Nevada. He has founded or co-founded several new businesses in Southern Nevada. He has served on the boards of several gaming and non-gaming companies, including current service on the boards of Bank of Nevada (which he co-founded) and its parent, Western Alliance Bancorporation (NYSE: WAL); NV Energy (NYSE: NVE); Tutor Perini Corporation (NYSE: TPC); and Switch Communications Group, L.L.C. (privately held).