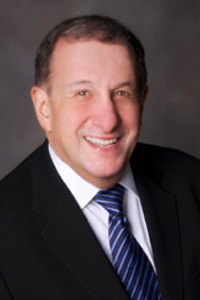 Ellis Landau is a retired financial executive and private investor with more than 30 years of experience as a financial executive in the gaming and hospitality industries. He serves on the Board of Directors for a number of for-profit and non-profit organizations.

In 2006, he retired as Executive Vice President and Chief Financial Officer of Boyd Gaming Corporation, which, during his 16-year tenure transformed from a small private company to a large, successful publicly traded company with gaming properties nationwide. In his role as Boyd's senior financial executive, Mr. Landau oversaw major acquisition and development transactions; raising of equity, debt and bank capital; and managed relationships with Wall Street and institutional investors. He also served on Boyd Gaming's Management Committee and participated in all board and committee meetings. Prior to joining Boyd, Mr. Landau served in various capacities as a financial executive with Ramada Inc., which became Aztar Corporation, for 19 years. He also worked for U-Haul International in Phoenix, Arizona and the Securities and Exchange Commission in Washington, D.C.

A native of Philadelphia, Mr. Landau holds a Bachelor of Arts degree in economics from Brandeis University and a Master of Business Administration (M.B.A.) from Columbia University School of Business. After serving in the U.S. Army, Mr. Landau settled in Phoenix, where he raised two children, Rachel and David. He is married to Yvette Landau, who served as general counsel for Mandalay Resort Group prior to its acquisition by MGM Mirage in 2005. She is currently a principal in the Las Vegas-based construction firm W.A. Richardson Builders.

Mr. Landau is active in a number of charitable and philanthropic activities.