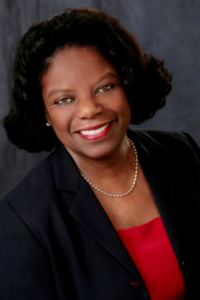 Jeanne Richard Jones is the President and Chief Executive Officer of ALPHA Services, the company she founded in 1993. Her company provides business support and staff augmentation services to government and industry in the areas of administrative, technical, allied healthcare, information technology, and security throughout the continental U.S. Hawaii, Guam and Saipan.

Prior to becoming an entrepreneur, Jeanne worked for a variety of Fortune 500 companies such as Allied-Signal and American Express IBC. She worked in the gaming industry in Nevada for MGM Grand and Bally’s as Director of Training and Vice President of Human Resources.

Jeanne is a long time Nevadan and is a very involved member of the Las Vegas business community. She has been recognized by the Las Vegas Chamber of Commerce with its “Community Achievement Award”. Education and job training is one of her passions. For fifteen years Jeanne served on the Governor’s Job Training Coordinating Council and the State Workforce Investment Board. As Marketing Committee chair, she was the driving force behind the implementation of the new Nevada Job Connect system. She is the past president of the State Advisory Council on Occupational Education; and has been a mentor in the Clark County School District’s “We Care Partnership Program”. Each summer, her company hires a student from Clark County’s Summer Business Institute. She served three terms as president of the American Society for Training Development (LV chapter) and was one of the founding members of the Society’s National Hospitality Industry Group. She served on the Board of Directors of the Safe Key after school program. And for fourteen years, Jeanne was an adjunct faculty member at the College of Southern Nevada in the business division.

Jeanne is Past President of the National Association of Women Business Owners (Southern NV chapter) and has served as its Regional Public Policy Representative. She twice received the organization’s “Women of Achievement Award”. She created its annual “Rising Star Award”. Under Jeanne’s leadership, membership in the organization increased 60%; and a record number of Corporate Partners made financial commitments.

As one of the founding members of the Minority Business Enterprise Input Committee of the Nevada Minority Purchasing Council (now NMBC), Jeanne contributed her time and talents to unite NMPC during its reorganization.

Currently she serves on the following Boards:

Her company, ALPHA Services, has also been recognized for its outstanding performance. It is one of only two Nevada firms to ever receive the U.S. Small Business Administrator’s prestigious “Award for Excellence”. The company has also received the Regional Supplier of the Year and the Nevada Minority Small Business of the Year Awards from the National Supplier Development Council and the Nevada Minority Purchasing Council. In addition, the Small Business Administration selected Jeanne its “Women in Business Champion” for the State of Nevada and Region IX in 2005. This year she received the Regional Innovative Entrepreneur Award from Alpha Kappa Alpha Sorority.

Ms. Jones is a graduate of Grambling State University and the University of Northern Colorado where she received her advanced degree. She is the mother of one son, Ken C. Jones.