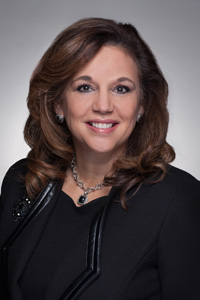 As a tenured executive with Universal Health Services, Karla Perez currently serves as the Regional Vice President for the Western Region of Universal Health Services. In her current role, Karla provides oversight to the operations of Spring Valley, Summerlin, Desert Springs, Valley, and Centennial Hills Hospital Medical Centers in Las Vegas, Northern Nevada Medical Center in Sparks, Nevada and an additional acute care hospital currently under construction in Henderson, Nevada. Karla has multi-state experience having previously overseen hospitals in both Washington and California.

Karla has worked in the Las Vegas community for over 30 years, beginning her career in 1983 as a medical record clerk at Valley Hospital. Through the years, she assumed a wide variety of duties ranging from business development to overall hospital operations. These responsibilities have generously allowed her to advance her career with numerous promotions over the years to her previous positions as Group Vice President, CEO of Desert Springs Hospital and CEO of Spring Valley Hospital. Karla was named to the 2002 UHS Chairman’s Council, a recognition reserved for the top CEOs in the company. She repeated that recognition again in 2006 and in 2007. She was also the recipient of the Eagle Award from Universal Health Services, an award given to CEOs for achievement of excellence and commitment. Karla was recently appointed by Nevada Governor Brian Sandoval, to serve on the Governor’s Council for Behavioral Health Services representing the acute care hospitals in the State of Nevada.

Karla was also selected by In Business Las Vegas Magazine as one of Southern Nevada’s Most Influential Business Women and received the Chamber of Commerce’s “Community Achievement” Award for Medical and Health Services. She was also honored by the March of Dimes with the “Nurses Choice” Award. Karla received the Woman of Distinction Award, from the National Association of Women Business Owners in the Medical, Professional Services Category and was recently recognized as a “Healthcare Hero” for Southern Nevada.