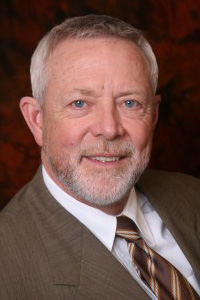 As president, since 1997, Michael Luce oversees the multi-state real estate investment and development companies of The Walters Group.  With more than 500 associates employed with The Walters Group and its affiliated companies in southern Nevada, The Walters Group is a multi-faceted entrepreneurial group of businesses that includes residential and commercial developments and various land holdings.

The Walters Group is a leader in the development and operation of quality, high-end golf facilities.  Through its Walters Golf division, the company currently owns Desert Pines Golf Club, Royal Links Golf Club and Bali Hai Golf Club in Las Vegas, as well as The Links at Lands End in Yantis, Texas.  Other investment companies under the Walters Group include a banking institution, an optical company in San Diego, a natural resources company in Colorado, an auto dealership in Kentucky and an award winning fine dining restaurant on the Las Vegas Strip.

Luce brings a strong banking and business management background to The Walters Group.  He serves on the Board of Directors of Bank of Nevada and Sierra Health Services (SIE), a publicly traded health service company, sold to United Health 2008, MicroVision Optical, maker of Callaway Eyewear, and Bank of Nevada.  He previously served on the Board of Directors and as Director of Finance and Acquisitions for The R.T. Bigelow Companies.  During his time with Bigelow, he was responsible for the increase of ownership and operations from 900 housing units to over 13,000 units in Nevada, Arizona, Colorado and Texas.