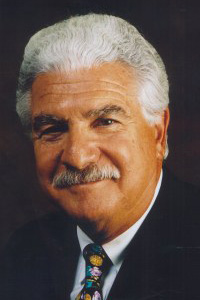 Emeritus: Michael G. Fauci was born and raised in Brooklyn, New York.  At the age of seventeen, he enlisted into the United States Marine Corps., where he served for three years.  After which he enrolled in Valley Junior College of Burbank, California.  Michael moved to Las Vegas, Nevada in 1959.

He has been in the Construction industry since 1962, specializing in commercial construction. As the President of M.G. Fauci Construction Company, Michael represents the second generation of the Fauci family to choose the building industry for his career.

Michael has been devoted to many organizations: Nathan Adelson Hospice, where he sits on the Board of Directors, Las Vegas Museum of Natural History, where he also sits on the Board of Directors, and the Augustus Society, where he was one of the founders twenty-five years ago, as well as a former president.  Michael has been a major contributor, and will continue to be, to the growth and prosperity of this amazing city of Las Vegas.