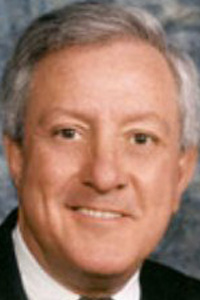 In 1972 to present Mr. Barengo has been in private practice of law: general business; municipal finance and bonding and investment banking; government and administration law; Gaming Law.  He was Judge Pro-Tem, Sparks Municipal Court and Reno Municipal Court in 1976-1995.  He was also the Deputy District Attorney for Washoe County, Nevada in 1969-1972. Mr. Barengo founded, and was the President and Director of Western Thrift and Loan, a Nevada Thrift Company.  He was President from April 1998 to August 2000 and Director from 1997 to 2003. 1992 to present he is the Director of Riviera Holdings Corporation, publicly traded Corporation (AMEX) and subsidiaries, Riviera Hotel and Casino, Las Vegas, Nevada , member, Board of Directors. 1992-2000 he was director of American Wagering, Inc., publicly traded Corporation (NASDAQ) and subsidiaries, Leroy’s Horse and Sports Place and Leroy’s Hotel Corporation, Board of Directors 1996 (board member of private corporation before public offering). He is currently a Commissioner for National Conference of Commission on Uniform State Laws and was elected a life member in 1988.