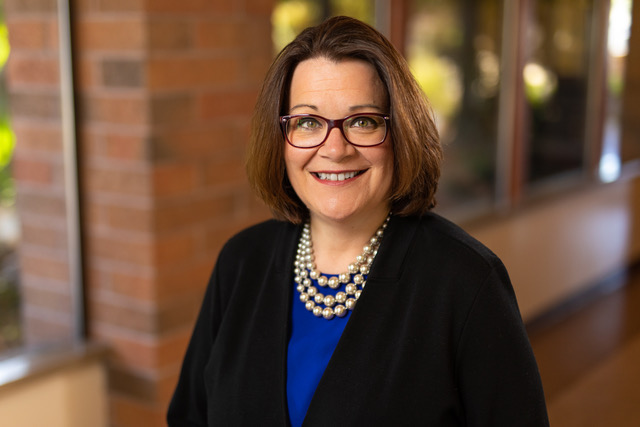 In addition to Ms. Rubel’s ongoing efforts managing programs she has overseen several major construction projects. In 2008, Ms. Rubel finalized funding efforts to build an Adult Day Care in Henderson on land donated to Nathan Adelson Hospice. In 2012, she managed construction of a $2.6 million, 18-bed inpatient unit in the MountainView Medical Office Building. Most recently, in 2014, she managed a major renovation in the inpatient facility on Swenson, built in 1982.

Ms. Rubel has been influential in developing programs to enhance the experience of the hospice’s patients and their loved ones.  Aside from leading the hospice team in forging relationships with large donors and health care entities, she has been instrumental in enhancing hospice operations and community outreach programs. Her accomplishments are tremendous, with thousands of individuals in the Southern Nevada community being helped at a sensitive time in their lives.

Prior to working for the Nathan Adelson Hospice Foundation, Ms. Rubel served as Director of Advancement for the Nevada Community Foundation in Las Vegas. She also spent five successful years at University of Nevada Las Vegas as the Director of Development for three different colleges: Fine Arts, Education, and Health Sciences.

Ms. Rubel earned a B.A. in English from Eastern Illinois University, and an M.A. in Administration from Dominican University in Illinois. She is a graduate of the Thayer Institute with a Master’s in Leadership Arts and Sciences. Her professional and community accomplishments include serving as Membership Chair for the Southern Nevada Chapter of the Association of Fundraising Professionals, member of the Board of Directors for The Unforgettables Foundation, Chair of the Board Development Committee for the Girl Scouts of Southern Nevada, an inaugural member of the HRC Las Vegas Steering Committee, member of the Board of Directors for The Center and a 2018 Jameson Fellow. She is listed as one the 2015 Women to Watch by Vegas Inc., recognized as one of 10 Women Who Mean Business by the Las Vegas Business Press in 2012, and graduated Leadership Las Vegas in 2011.