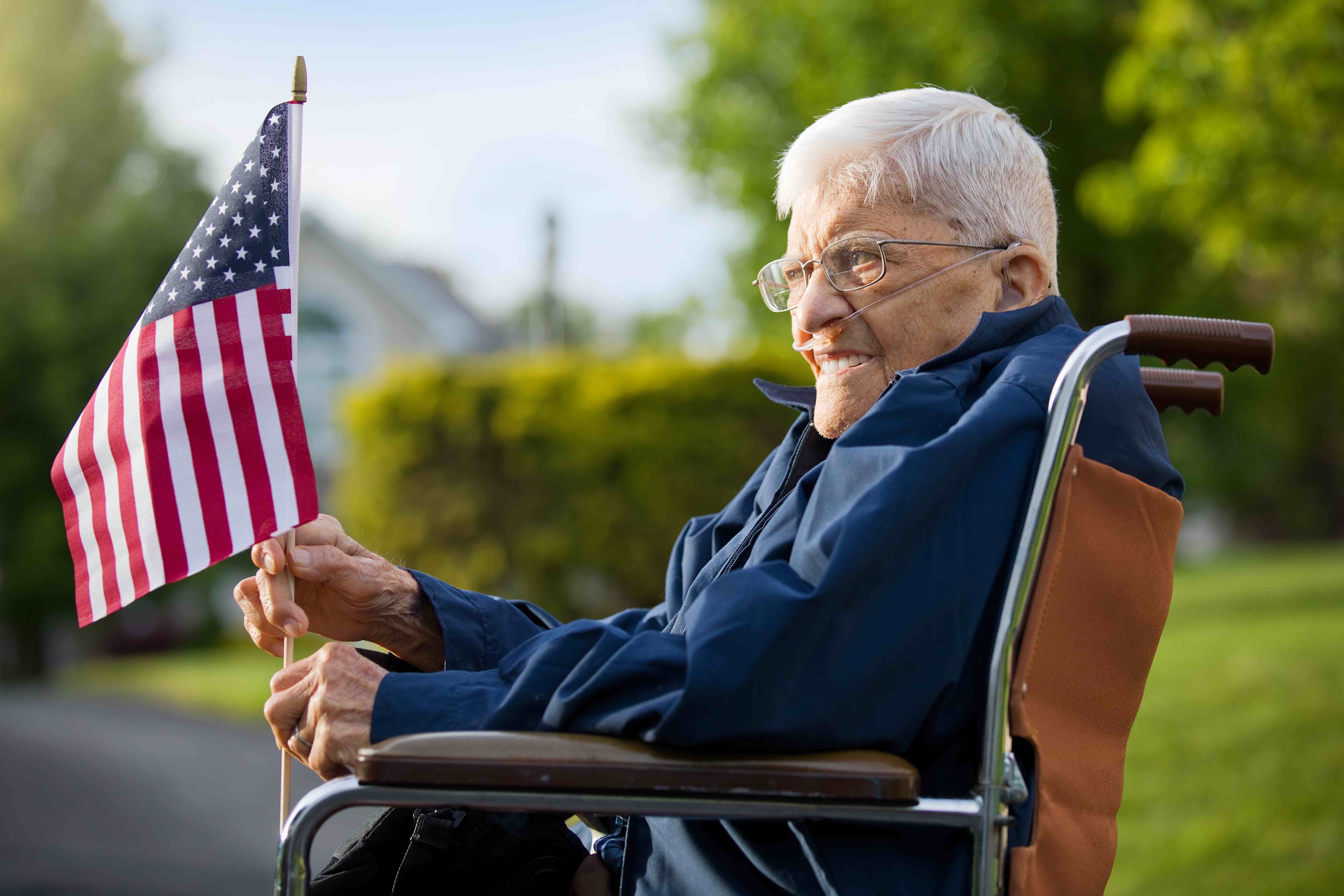 The Army had been Joseph’s* entire life. After Joseph retired, he and his wife of over 50 years, Laura,* looked forward to a happy and peaceful retirement.

However, this Veteran had one more battle to fight. His body remained strong, but his mind began to fail. Laura watched in despair as her husband began to lose the war with dementia. She cared for him the best she could, but by the time his 80th birthday rolled around, it was clear this was an enemy he could not defeat.

One day he fell, and broke his hip. At that age, and suffering from end-stage dementia, Joseph was not a candidate for surgery, as the risk to his health was too great. The injury and its pain caused him to deteriorate more rapidly than Laura could cope with. The end of his long battle was near.

She elected to have Nathan Adelson Hospice provide comfort care to him. The team went to work, providing all the relief they could. After two days in the inpatient unit, Joseph’s time was near. The IPU team was able to make sure Laura was at his side when Joseph passed away.

Later, Laura contacted Nathan Adelson Hospice. To combat his illness, she had purchased medical equipment that was no longer needed and she wanted to donate it. She knew Joseph was proud of his that he dedicated his life to the US Army, but she was so impressed with the care NAH has shown her husband, she wanted to give it to the hospice. Laura said the last two days of Joseph’s life were the hardest she ever experienced, but she saw the care that he received was top notch and Nathan Adelson Hospice made that difficult situation peaceful and loving.